Victoria is a FLEX'12 and Erasmus'14 alumna. She works as an investment manager at SMOK Ventures, and by now has gained enough experience in the tech industry. She told us a lot of stories from the exchange year, including the NASA pin, and Victoria's startup attempts.
Listen to a recording of this conversation
What is FLEX? The Future Leaders Exchange (FLEX) Program provides scholarships for high school students from Europe and Asia to spend an academic year in the United States, living with a family and attending an American high school. Almost 30,000 alumni from more than 20 countries got an amazing experience of spending unforgettable 10 months in the US. 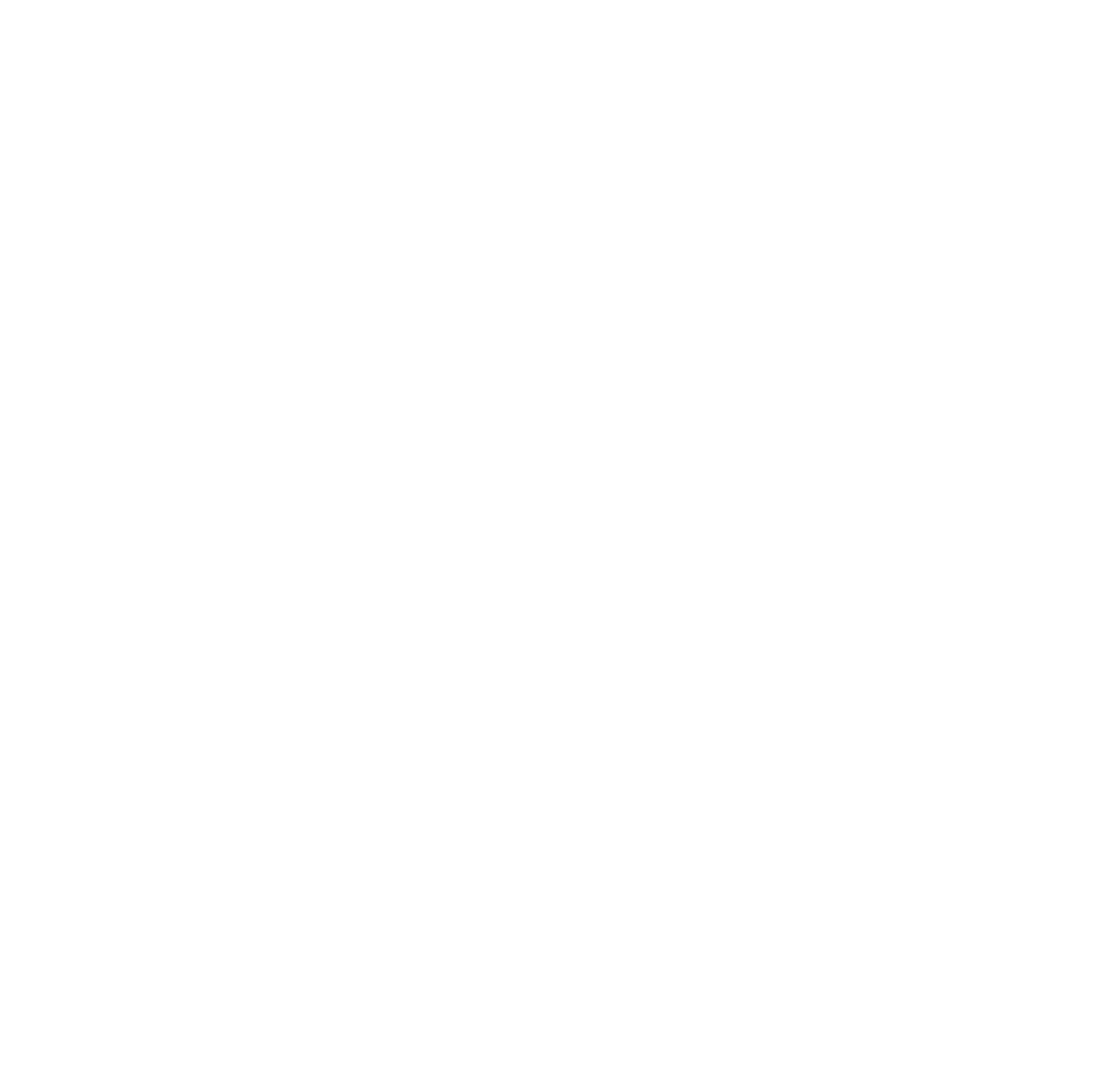 It was a long time ago. I have just switched the school, it was one of the new surroundings, lots of things were changing. And a best friend of mine said, that there is a program where you can win a trip to the US. It's gonna be all for free, all covered by the American parliament, and I didn't really believe it at first. It sounds like a lottery but I have nothing to lose, so I decided to try. I came with no preparation, and, to be very honest, I didn't even come to check the results.

The first time I heard about the FLEX program was as an opportunity to practice my English. And I didn't know that by winning this contest, you can go to the United States.

Challenges on the road to the success

My dream was to become a politicianю, but I had a stutter, I could say my name is Victoria for about 25 seconds. The second round was quite easy to pass. And it was still a ride. But when it got to the third round, that was very hard. Public presentations were a nightmare for me.

As we see, that things got around. I think the differences and inclusivity are one of the main values of the program. So every single person who has any kind of disabilities are highly encouraged to apply.

First impression of the United States

I went to Colorado, Colorado Springs, a beautiful Mountain State. I think I'm quite good at the adaptation for the things which were better before, so I didn't have a cultural shock based on the quality of the surroundings. I had a huge cultural shock when I started the communication with my host parents. Now, some things during the conversation were not familiar with my values, that was very hard and I think that will be a good moment to dive in.

About how different host families were

My first family was very interesting, very unique. They had a very Catholic approach to life and only short information about me. I'm also from the Catholic family, so it should have been a very close connection. And additionally, I was a very introverted person by my own. Generally speaking, I wouldn't talk about my problems, I would work with a conflict inside me and adjust to the situation without causing the conflict. So when I entered the new family, there were some things which I would like not to disclose now. But there were some things which I was absolutely not capable of dealing with, including the religion and the communication part that I had to change the family.

My second family and the third family were just great. The second family was a temporary family, I'm actually in touch with them up to nowadays. Beth Heinrich is like my literal mother, she's been supporting me during all those years. Since I moved to the States, she was actually the person who was helping me during the transaction time from one family to the other. In the third oneI had two host sisters, two huge dogs. And my host mother, Laura, who was the teacher, was also incredible.

The rest of the experience was just amazing. I did have some shock in the beginning, but laterI realized that what was happening was just great.

About host school and American education

When you're going to the States you're expecting to have an American High School, with cheerleaders, with American Idol, with football teams. But that wasn't not my experience. First of all, our school was very small. We had a very close connection with our teachers who were helping, advising, and creating our path.

Among private, public and charter schools which are exist in the USA, I went to the last one. The difference between public and private basic one, the public one is free, private one, you have to pay for it. But the charter schools are accepting only a limited amount of children. They are free, but they're having the same academic ground as private schools.

I believe there are no perfect systems. I wasn't able to choose my classes in a charter school, they were having the same amount of general subjects as Ukrainian schools, but they were just giving them to you for a year to hear the basics. Then the first two classes, which we had were one and a half hour each day, a longer type of the class. It was called human letters, where we were starting philosophy, literature, and reading the actual literature books. It gave me a wonderful chance to read the book in its source language and discuss it with native speakers. I am a nerd by my nature. So probably, I would have gotten into more of the Math or science to challenge myself.

In the States, there is a special competition for the people who are thinking of going to the law school or becoming lawyers, and I was kind of thinking about that one as well. Each time, they would prepare a case for one city, and then for the state. You're having a team, which is divided towards prosecution and defense. And you have to play this trial. You're coming up with your own arguments with your own kind of structure, communication, negotiation, it's incredibly interesting. There was the only a club where 30 people could have a race. So we had an actual judge coming to our school, preparing us for the Mock Trial on the day of the competition, when we were preparing for half of the year. It was the scariest experience of my entire life, this was a moment when I had to figure it out to become a lawyer. But it was fun and very entertaining.

I was volunteering for a fire department, we were giving food to homeless people during Christmas. It showed me a different side of the stage. Sometimes you tend to lock yourself down, tend to undervalue your opportunities, and then you go to one of the richest countries in the world, and you'll still see people who have no money for the food. And the community, including the fire department, is creating something like a Donation Center for those people to actually come and enjoy the food at least once per year. It was a very strong and very mind blowing experience for me.

The impact of the FLEX

This opportunity in the US gave me enough of the confidence to stand up and offer what I want. It wouldn't be possible without the general experience in the States, the opportunity to talk to those people and to be encouraged to retire. I'm not a tech person necessarily. I work within the tech ecosystem, which means that I'm doing right now more finances and investments, before it was business development. There is a nice phrase in Polish:

FLEX gives you an opportunity to see the situation from a variety of the angles, being more flexible towards other people, being capable of defining the characters, and the values of the other people at a very young age. So it gave me the skills, which I could reapply in different countries, in different cities. FLEX has provided me with an opportunity to fail also. And I'm thankful for that.

For me, failure is when I know how to do something, but I cannot speak up, I couldn't speak literally. Our high school was around 30 people but the whole High School was around 120 and I have done around 10 different presentations on the different topics which were connected to my background. I was doing those presentations, and I knew that I had to do them because there is my wish to show off to Americans the different perspectives about the things which they are not aware of. And it pushed me into creating those presentations standing up in front of people not being able to talk sometimes, standing on a stage and having like 10 seconds delay or not speaking for 10 seconds in the middle. And what FLEX gave me.

I'm the investment manager at small countries, this is the US, Polish country capital, which is run by two managers, two partners from Poland and two partners from the United States. Partners from Poland to our board from Shabak and Deanna CO, Kozhabska, we're presently over here in Warsaw counting for the best technological software startups from the region Poland and central Eastern Europe in general. Those are the break old brothers, Great Investors from Silicon Valley, with their own private investments into more than 100 startups, including 11 unicorns in their portfolio. So yeah, I'm working with very talented people, very strong, very confident. And I'm learning every single day.

Some tips to FLEX participants